Sorry if I thoroughly depressed anyone in my last post.  I met a friend in my local town centre on Sat and she confirmed the depressive nature of it…she even mentioned that my words may have muted any broodiness she has been feeling of late (what with my fear for the next generation being brought up in WW3)…so apologies again, stopping people wanting to have kids through fear of the future was def not my intention!

I, as you would of guessed, was having a terrible week and was suffering badly from anxiety surrounding issues of the world (where one let’s world-wide problems monopolise their thoughts and worries).  Add to the terrorists threats, I had also been following the Izzy Dix story on Radio One, which had a focus on online bullying and how it had been a contributing factor to this 14 year-old’s tragic suicide…who are these arsehole trolls or keyboard gangsters who sit goading impressionable people to do such things…???

So I had to calm myself a bit and in doing so, turned to crafts over the weekend (yes you heard right, that was crafts)…

A cake made not of sugar and flour and icing, but of nappies…

My cousin’s Mads, Hayles and I are organising a baby shower for our cousin Dreanie in two weeks and so with my plan to have a chilled weekend, I wanted to make a few bits and bobs for the shower and keep myself on the straight and narrow (aka away from the gin/ red wine/ pineapple Ciroq – a new fave).

Having been scouring etsy, eBay, Amazon and Not on the High Street for different baby shower offerings, I landed upon the ‘diaper cake’ and so came the desire to give this to my cuz as a gift.  Purchasing them from the aforementioned channels however, would cost up to £100 and so I thought I’d have a crack of it myself.

So here’s what you need to be a master nappy cake baker:

Total cost – £70 (a cost that pretty much equates to what you can but from eBay, but at least this one is more personal.

I picked up all the cake decorations from Country Baskets, which has a good range of baby shower trinkets as well as vast amounts of decorative bits – literally for the crafty amongst us, this place is heaven on earth.  I did not however pre-plan the aesthetics, planning anything or looking into the details for things, tends not to be how I roll (and more often than not leads to a troubled path), so I just decorated as I went with the stuff I picked up at Country B’s.

Total build time – 4 hours (but you could certainly do it quicker with 3 tiers, less decor, or if you follow my advice and remember to secure each of the sets of nappies to the centre tube.

Ok, so on closer inspection it might be a bit rough around the edges and maybe some will say a tad, big fat gypsy baby shower cake, but I am pretty chuffed with the outcome.  In terms of top tips and final thoughts, I would have to say…

Would you believe I also made a guestbook, based on a pic I had seen on Pinterest for the baby shower yesterday – you see this is what happens when I don’t party of a weekend.  Will confirm the process for this in next post…x 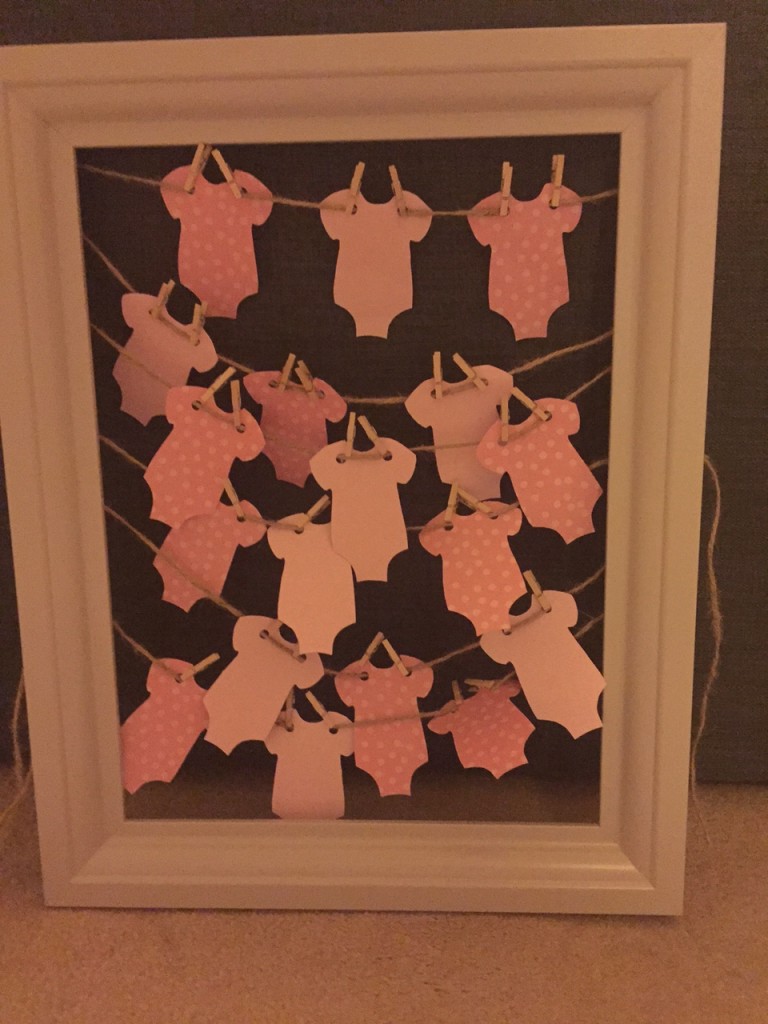