I have to say, this weekend turned out to be a bit of a girl-fest for me and on multiple occasions I found myself thinking how proud I am to be female…. 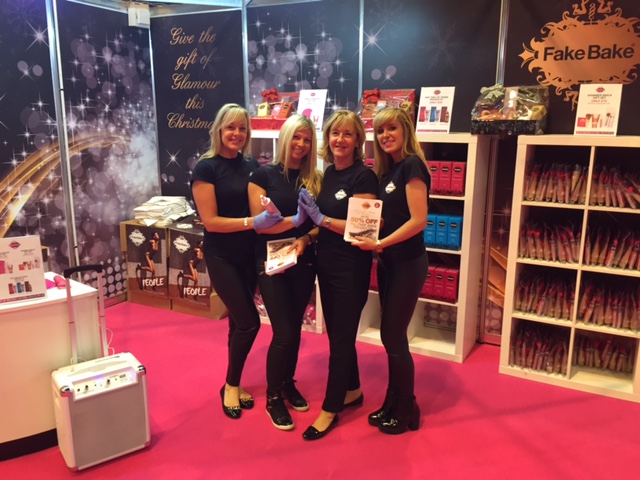 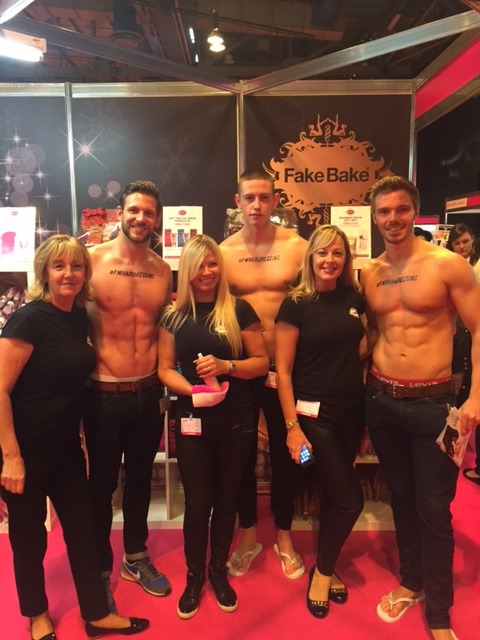 Girls Day Out encompasses the major passions in most ladies lives.  From stalls serving an array of chocolates and cupcakes (some with neighbouring diet stands so you can literally stuff your face and then go and talk to an expert about how best to lose any calories gained), a Champagne/ Prosecco/ cocktail bar, stands showcasing the most amount of glittery items I think I may ever have seen all in one place (the ultimate in magpie heaven), beauty stalls with all the latest in beautification technology, clothes for every occasion and then of course, the obligatory semi-naked male models who walk about as PR’s, some even extending their good looks to helping charitable organisations by forcing their bodies up against not so unwilling victims and shaking their collection tins in the flushed faces of those poor accosted girls…

This year I was working on the Fake Bake stand.  I love chatting and so actually got a bit of a buzz from selling products to people who were looking for Crimbo presents or tanning products to see them through the party season.  Whilst on the stand I had the opportunity to speak to an array of different types of girls and just generally people watch, taking in a whole host of different styles.

I am always amazed at the uniqueness of human beings, how no two people (unless twins of course) look alike and when you are at a show with a high footfall such as Girls Day Out, this idea is emphasized further.  It also has to be said that Glasgow Girls truly are a stylish bunch. 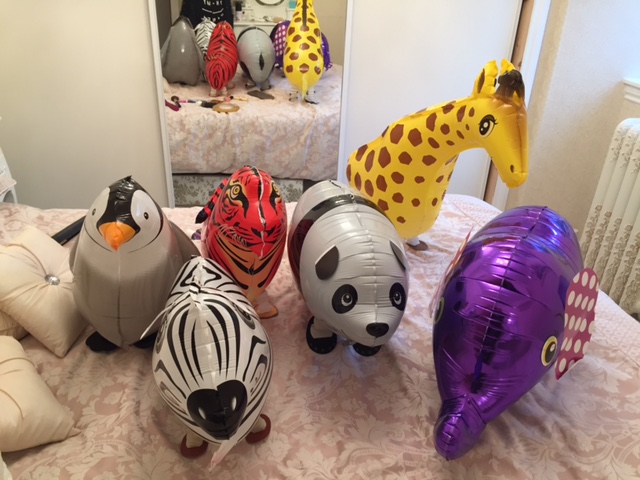 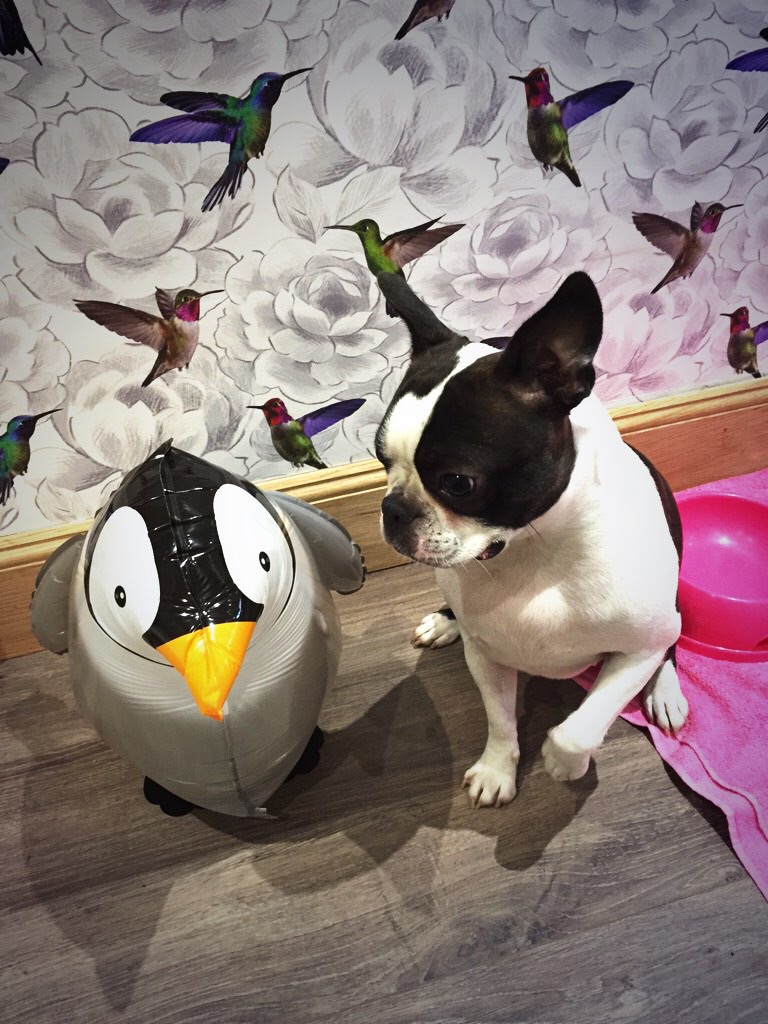 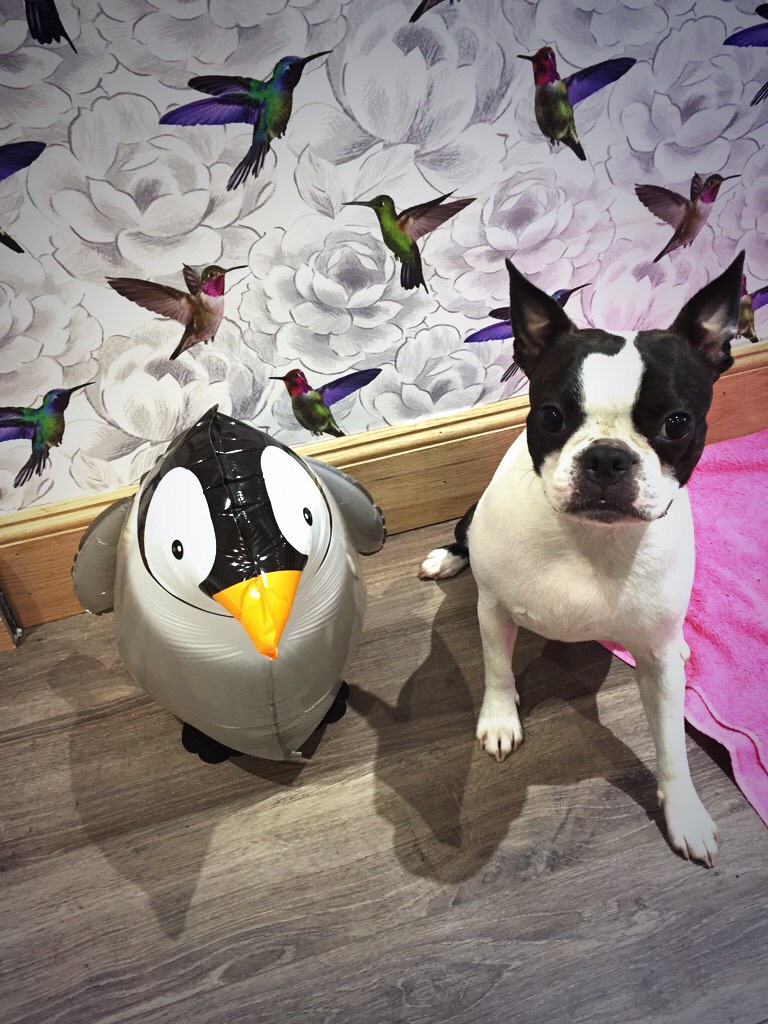 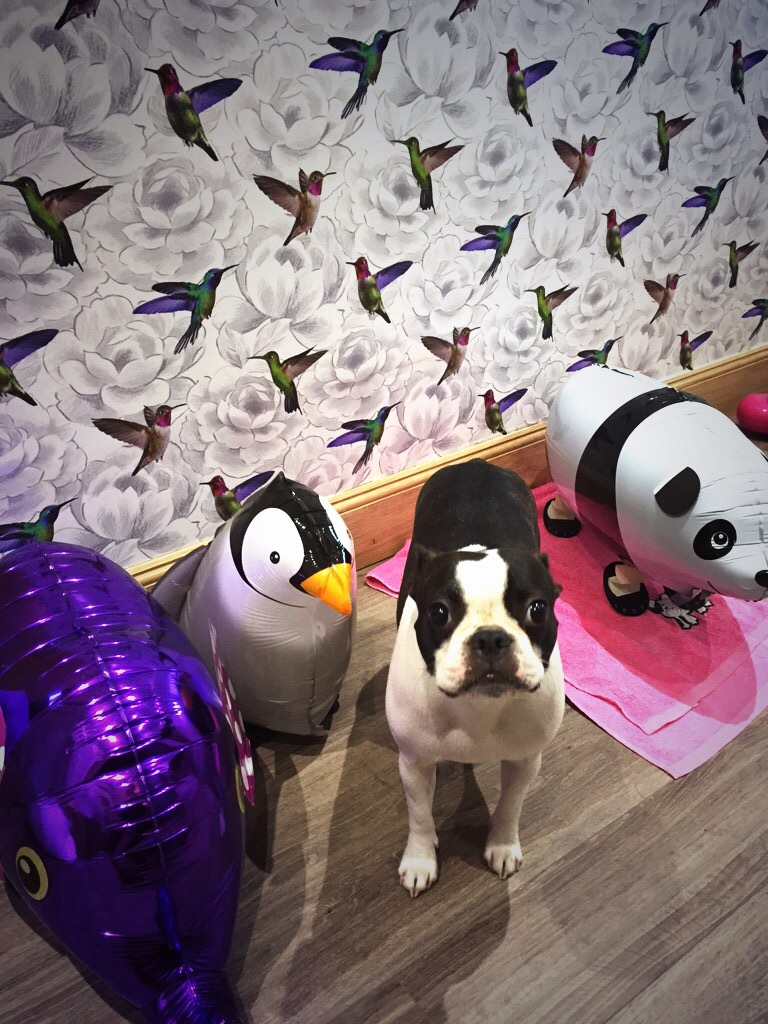 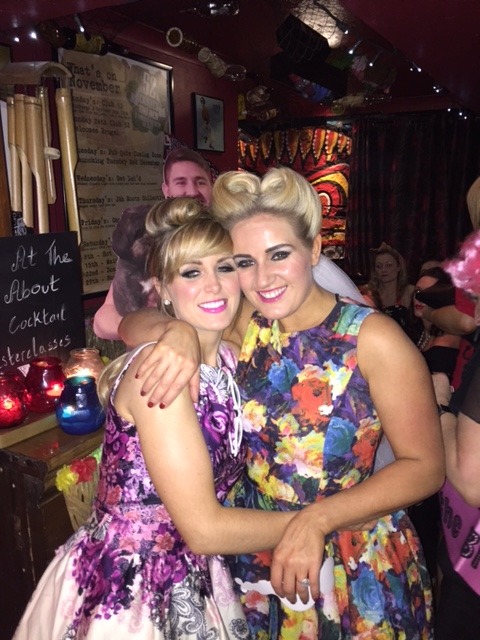 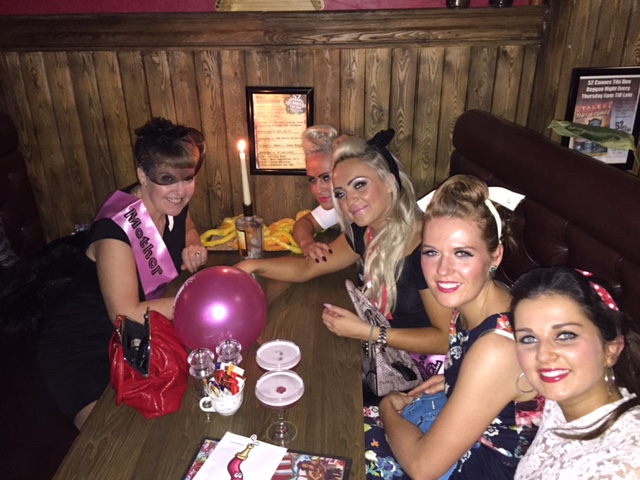 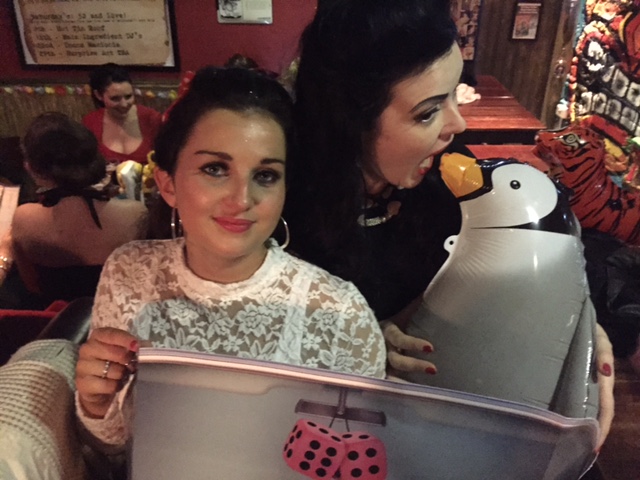 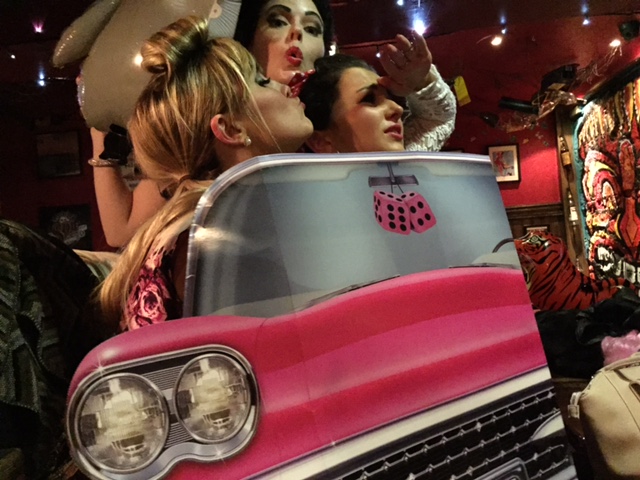 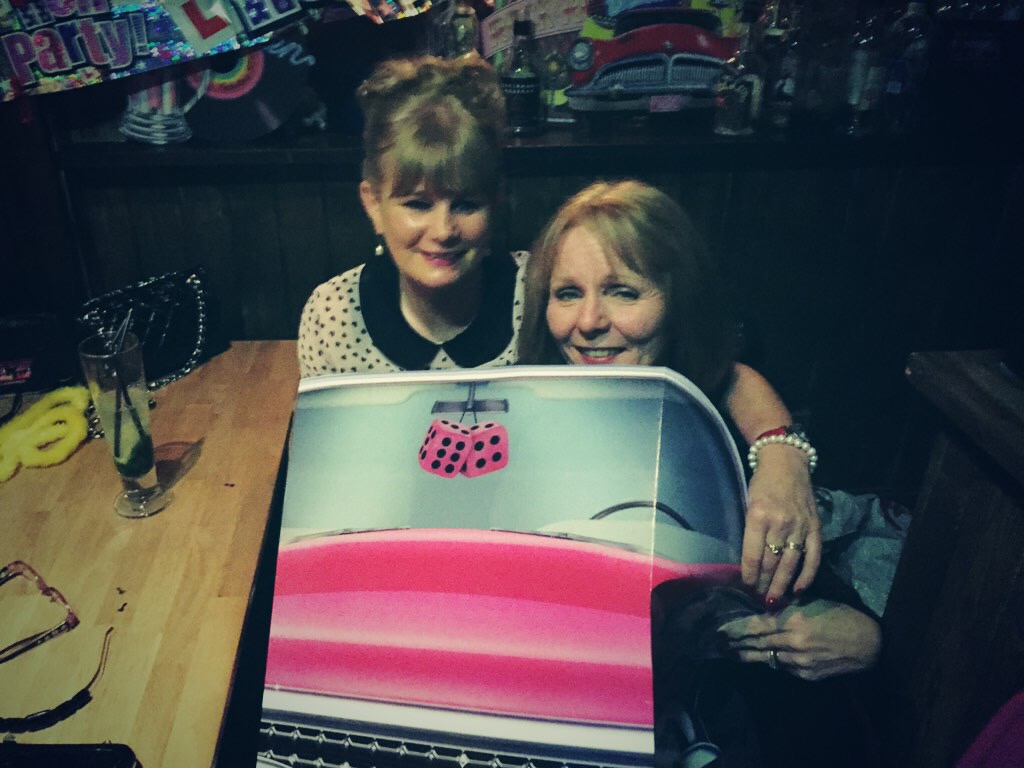 Saturday night marked Dreanie’s ‘home hen’ and this took place in Edinburgh and had a 50s theme.  With a group of 30 ladies confirmed for dining, when planning the hen I had to start by researching restaurants in the city which could cater to such a large private party.

Howie’s on Waterloo Place (a 5 minute walk to the left of the Balmoral Hotel, when facing it) has a room which comfortably sits 30 (although they were willing to accommodate 32 when we had, at one point, a larger party).  There is no cost to hire the room, but they required a £5 deposit per person in order to secure the booking, which was then taken off the final cost of the meal (3 courses from their set menu worked out to be £30 per head).  They then allow for BYO wine, which worked out at roughly £5 per bottle and so in total including the deposit, cost of meal, BYO bottles and tip, the total cost came to £40 per head, which I think was exceptionally reasonable given the quality and standard of the food and the service.  The room itself was also pretty classy and so was a perfect starting point for the night.

From Howie’s, we ordered taxis to take the group to 52 Canoes Tiki Den and cocktail bar.  If you are looking for a location for a fun-filled or quirky event in Edinburgh, this is a great consideration.  The bar manager Dale was very accommodating, he suggested keeping the kitchen open past 10pm in order to provide us with an order of nachos later into the night (which happened to be some of the best nachos I have ever had with toppings including pulled pork) and he also created two exclusive cocktails for the group at a cost of £6 each (as Dreanie’s fave cocktail is a French Martini and Sean a Rum Mojito, Dale offered these cocktails with a twist and we called them The Monty and the Mabel after the John Lewis penguins).

Further to this, we were allowed to decorate our reserved area however we wished and so I had picked up

All in all the night was a success!  I did however end up particurly tipsy, leaving my Jo Malone wedding perfume and Naked eyeshadow palette in 52 Canoes and then my leather jcket in Lulu, the Edinburgh club we journeyed to after 52 Canoes.  Not only that but after nailing the 3-course meal, nachos and all the booze, I then thought it acceptable to eat both a fish and pizza supper when home…needless to say I put on 5 pounds this weekend…still trying to come to terms with that as I type. 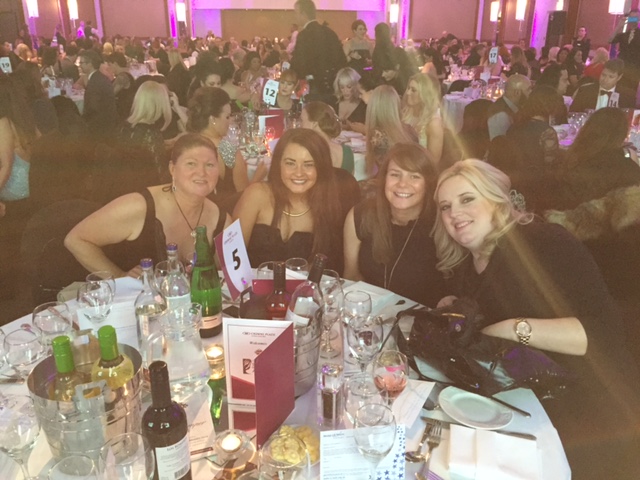 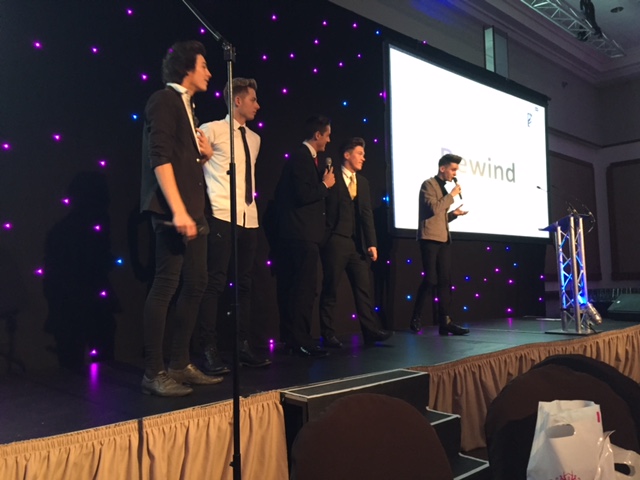 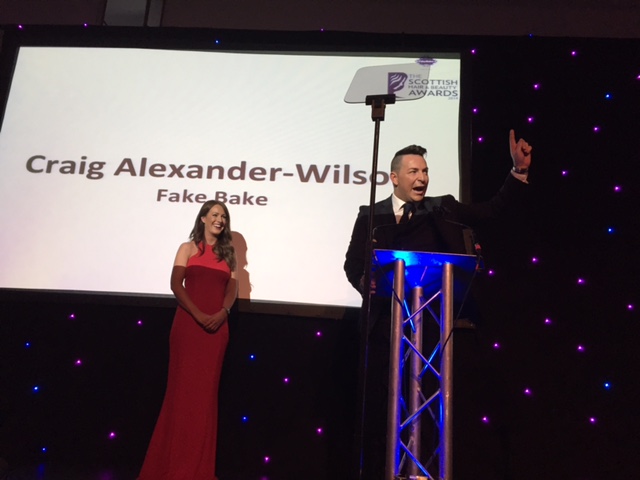 I don’t think I have ever seen so many glittering (as in head-to-toe glittery) and glamorous females in the one room, as I did at the Scottish Hair and Beauty Awards 2014 at the Crowne Plaza in Glasgow on Sunday evening.  Fake Bake were the title sponsors of the event and with that came our own awards categories, tables, an opening speech, DVD play on Fake Bake and lots of branding.

These were my first beauty awards and I have to say, apart from being royally hungover (and with that of course came a pasty pale, spotty and very baggy under the eye look – not ideal for an awards ceremony based on celebrating beauty) I very much so enjoyed myself.  The boyband Rewind, who are also sponsored by Fake Bake, were fab in their two performances, the food was good and I was pretty mesmerized by the sea of glittery females dancing and just generally loving life at the awards.  Men were a bit of a rarity and I have to say it was pretty hard not to get a bit of a buzz from the ‘girl power’ which was out on force…

All in all a very successful weekend!  And it’s back to the gym for me tomorrow 🙁  Hope you all had a good one x