Please accept my apologies for the lack of posting of late.  My constant companion or the glue that holds my life together (as Lee often not so fondly refers to it), aka my Acer laptop, had to go in for a full MOT after I stupidly downloaded some kind of media player and BoBrowser along with it, which rendered the whole system useless due to the mass of ads which clouded m screen.

Seriously DO NOT DOWNLOAD BOBROWSER ever (the symbol it uses is like Google Chrome but with a b on the front of it).  £190 big ones would have been the cost to get the laptop fixed had I not taken out cover on it, which is serious money to pay after simply pressing ‘accept’ to download a media player.

My tip gleaned from this situ, always do a bit of research before downloading anything to your computer regardless of how professional the site may look.

A second reason for my lack of posting has been Game of Thrones.  For the short spell that it took Lee and I to get through series 1-4, it felt like we became these crazed addicts and all we cared about in the world was that John Snow (he know’s nothing) and Tyrion (surprisingly endearing) survived the next episode and when that wee arsehole Geoffrey was going to do one.  I still relish in the thought of Cersei Lannister passing on…I guess the lesson from this, is that Game of Thrones can really change you and your perception of what is good and just and moral.  I mean really hoping someone would just hurry up and die and in the most torturous manner is not usually my forte…

My third and final reason for being a poor blogger is that we have been decorating our upstairs room over the past couple of weeks.  What we had hoped would be a simple case of gutting, painting and carpeting, turned into gutting, stripping wallpaper, crying, stripping artex, plastering, painting (hundreds of coats – which is where we are at tonight) and then hopefully papering and putting back together this weekend and into next week.

For some reason, decorating seriously takes it out of you and that’s both mentally and physically.  Especially when we have just finished the kitchen and I accidently spray tanned our gorgeous new hummingbird wallpaper, meaning that wall will have to be stripped and papered again – 2 steps forward and 3 back (I can laugh now since the incident happened 2 weeks ago, but Lee…not so much).

One amazing thing I have discovered, which I wanted to share with you is the wonder of metallic radiator paint.  Since becoming a homeowner, I have found myself growing partial to a good-looking radiator, but our upstairs radiator was nothing short of ugly looking (think cream stains, old fashioned shape and not in a reconditioned cool way).  Then, whilst painting the wooden ceiling cladding the other night and staring at the ugly radiator, I started to ponder the use of metallic paint to jazz it up.  A visit to B&Q, £5 and a 10 minute spray session later et voile, the radiator I have to say is now looking pretty, well pretty (needless to say my spraying of the radiator was better than my spray tan). 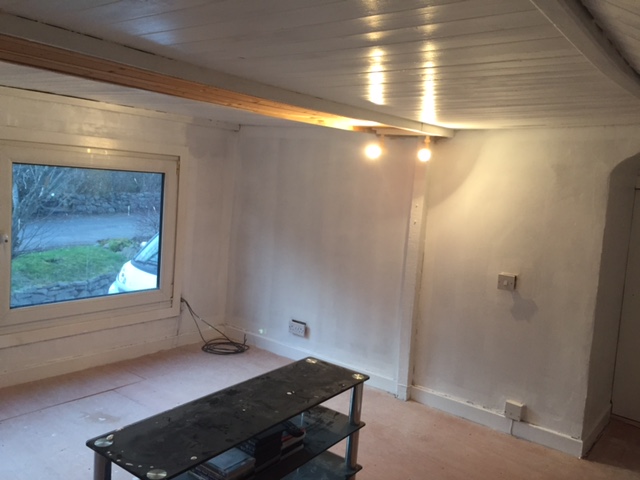 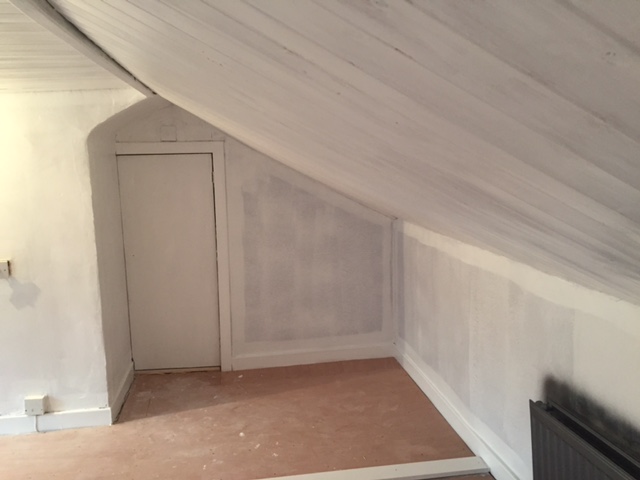 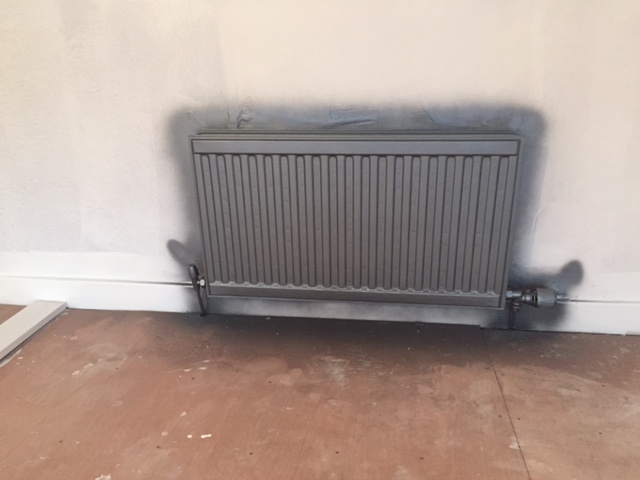 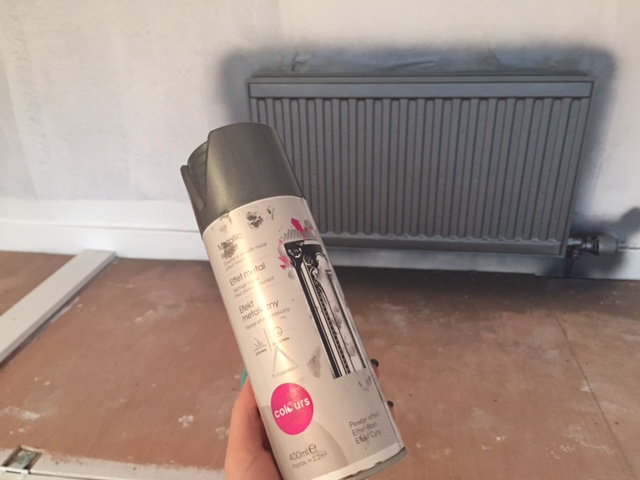 With Game of Thrones being over (until series 5 which I am counting down the days to) and the room being finite next week, it will be back to normal blogging procedures.  Thanks for bearing with me x