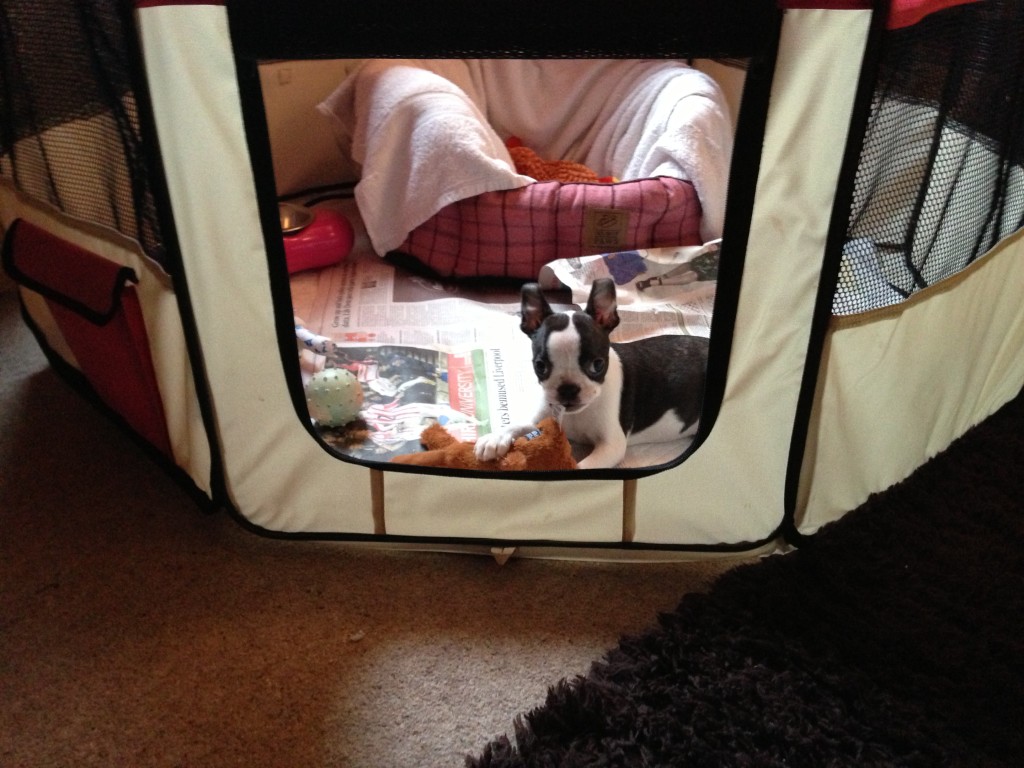 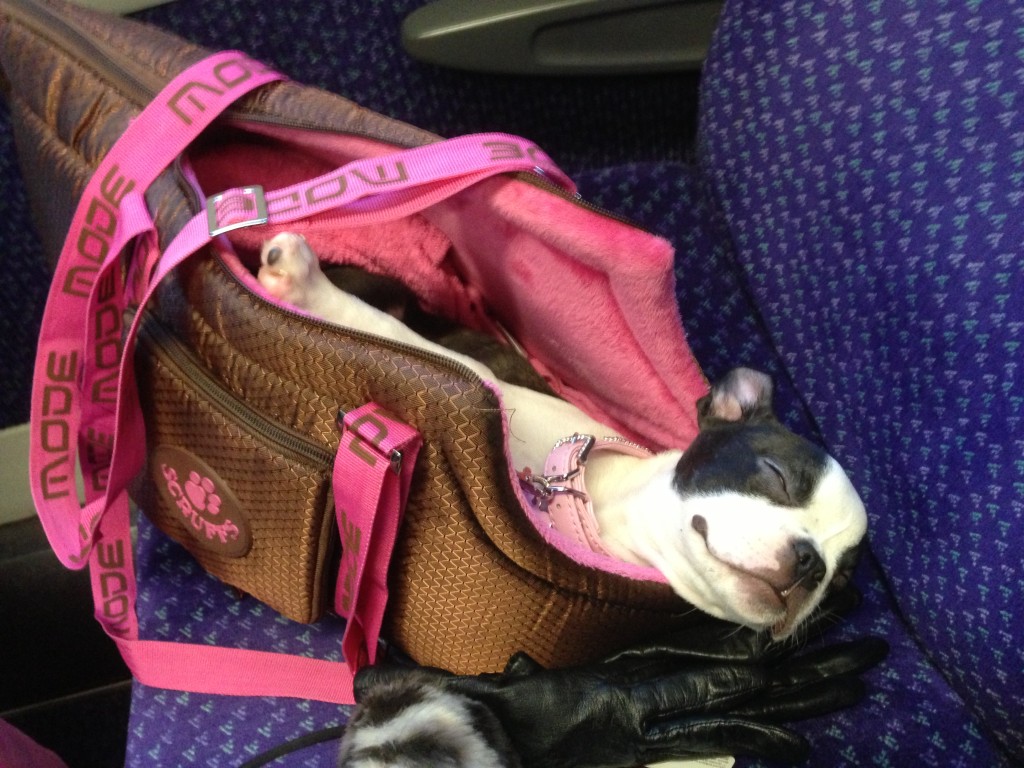 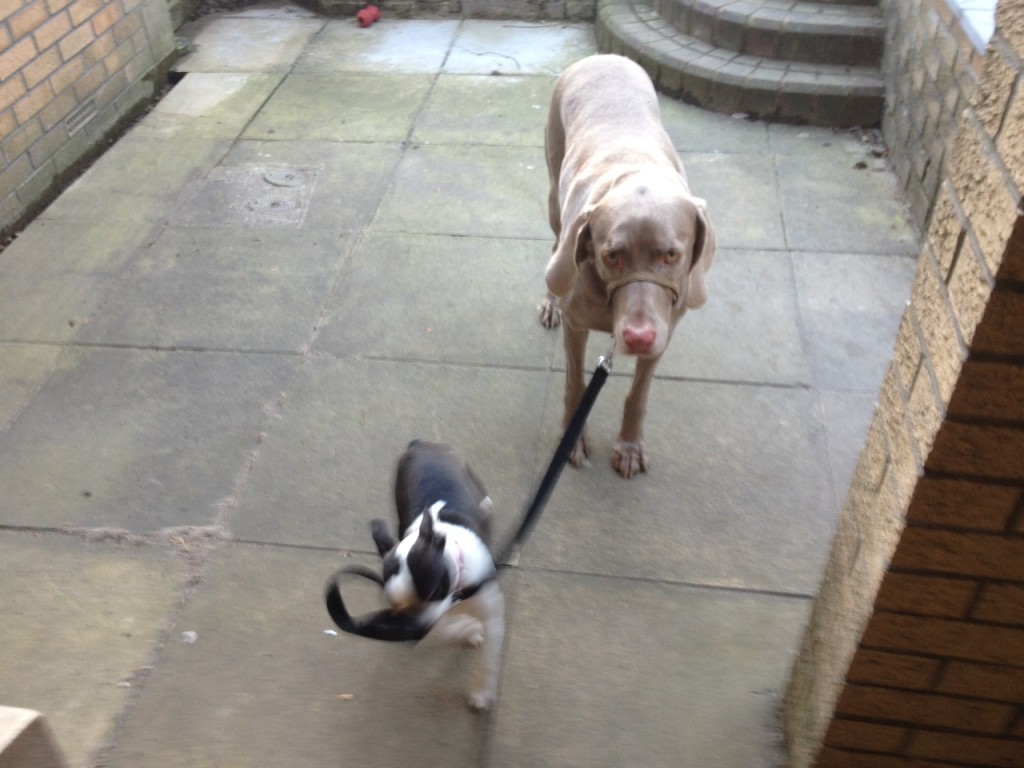 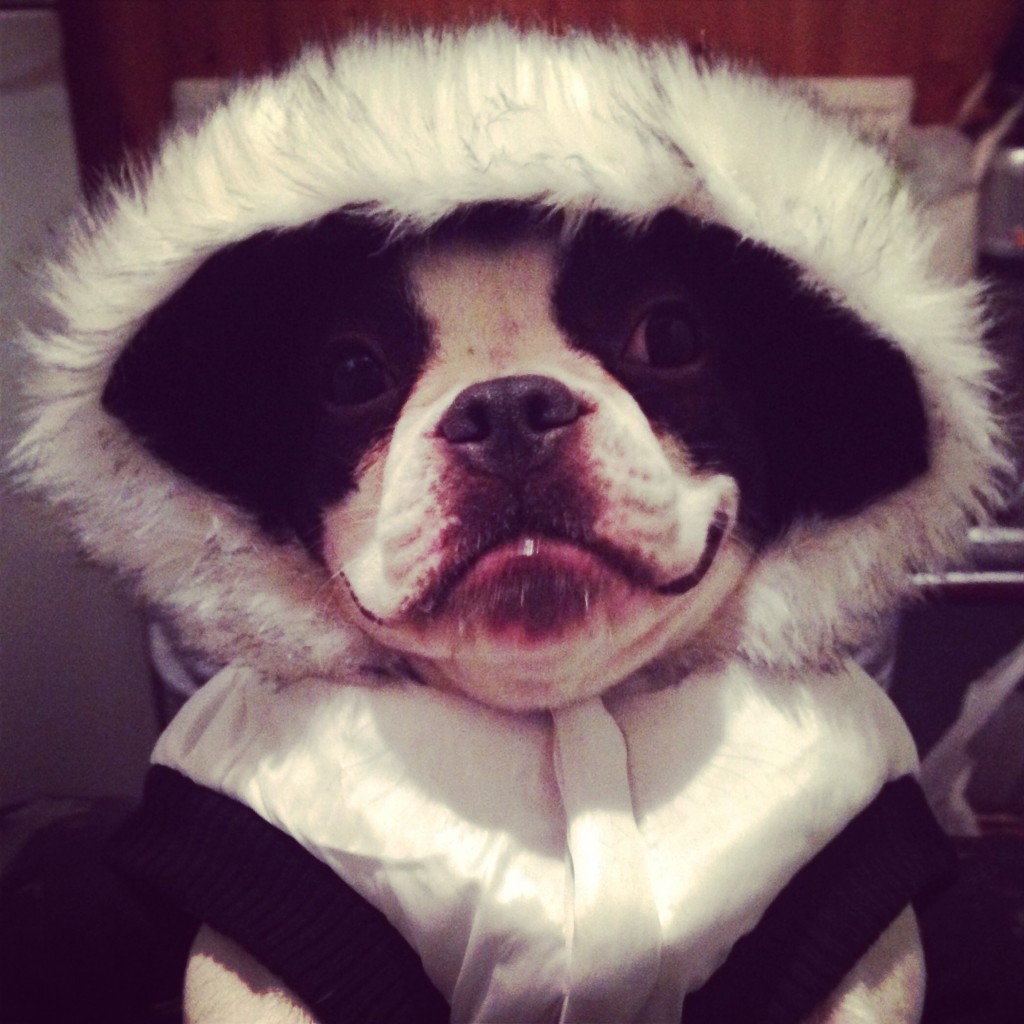 Haggis McTartan was born on the 26th October 2012, making her not far off 1.5 years old. Lee and I loved her from the minute we saw her, she was the size of hamster and could hardly keep those big googly eyes of hers open.  Although we are absolutely delighted with our pup and would not change a strand of fur on her wee churchill-like face, there’s no denying like the rest of us she does have issues and we have concluded these are a result from her initial 11 weeks with the breeder.

After managing to persuade Lee that a puppy was the next logical step for us (he really does have the most twistable arm) we got to researching what dog breed would suit us best (this was actually on the very same night…quick worker).  We initially found this task a bit overwhelming what with the number of breeds out there and so I wanted to share this checklist below of things to consider if you are thinking of getting a dog – some of the points had not come to our minds until the last minute:

With the benefit of hindsight, alarm bells should have rang for me when I phoned the Kennel Club and our breeder was only registered to breed two types of dogs, Boston Terriers not being one of those.  Regardless, I felt assured that she was listed with the Kennel Club in the first place and for the fact she was an ex vet nurse.  When we arrived at the breeders farm (perhaps first clue) in Yorkshire, again those same alarm bells should have been ferociously ringing at the very loud rabble of dogs barking from an outbuilding, especially when the breeder confirmed she kept 70 dogs.  I mean, short of there actually being a neon sign hanging from a door flashing ‘puppy farm’ and the breeder signing Liza Minelli’s Money Money to us, maybe with a couple of puppies and notes in her hand, Lee and I could not have overlooked any bigger signs that this was not the ideal place to buy a pup.

In the so-called puppy room, there were two adorable litters of Boston Terriers, A French Bulldog litter (it was at this stage we discovered Frenchie’s are susceptible to IBS which we discovered when the mum positioned herself in front of Lee and released what sounded like a bomb from her backend, very funny, poor Lee) and a litter of chihuahua’s.  Haggis was part of three pups, but her mum, Peanut, seemed so starved of human attention that she was standing on her litter trying to say hello to us and jump out her cage.  Not a good sign as you want your puppies to be well socialised with plenty of human attention, so they do not become nervous around people as they grow up.

Needless to say however that on playing with Haggis and falling for her hook, line and sinker, we put the deposit down that day and agreed to pick her up just after New Year. By that stage she was 11 weeks old and was very scared by the two strangers taking her away. Although this quickly changed when we got her home and she saw her new collection of toys…and clothes.

My major learning from the whole experience is that if you buy a puppy from a breeder who does it purely for business, then she/he will not integrate the puppies into their daily life, which allows them to get properly socialised with humans. This is incredibly important for their development and confidence.  Haggis also came away from her first home with a parasite in her tummy making her very ill for the first couple of weeks and the breeder in my opinion, seemed unconcerned when I called about our new pup’s illness, to her the product was no longer her worry.

As a result of perhaps sitting in a cage with no real human attention, Haggis is now a timid dog with strangers and it takes a while to build up trust with her.  She is also fully prepared to give a new person a right good wuffing, before she gets used to them being in her company.

Her diva-ish strops on the other hand are something that provide Lee and I endless amusement, more specifically her on-going power struggle with myself.  It is often said that dogs can only really have one master and for Haggis, Lee’s the man, whereas she views me purely as a friend with whom she has equal share of voice with.  For example I will command her do to something and she will stare back blankly at me as if to say no chance, then Lee says the exact same thing and she cannot do it quick enough!  Moreover, if Haggis gets told off she will actually sit in her bed and look at the wall, then when you try to coax her round she’ll quite literally paw you away or look in the opposite direction.  Lee says she really takes after me in a lot of ways, but I’m sure he just means in terms of always wanting food and sleep…I think.

I am lucky enough that my work allows me to bring Haggis into the office a couple of times a week and so it is during the commutes we share, which often presents a real behavioural challenge for me. I have to be prepared that she will frequently eyeball fellow passengers to the point that they’ll notice and look back at her, and then at me slightly nervously, creating this awkward tension between the three of us for the whole journey; then there’s the instances she uses me to lean out in the aisle when a line of folk are walking off the train to ensure she gets a right good smell at each of their backends as I try to drag her back into sitting position rather red-faced; and finally for the fact she farts and snores continuously to the point that other commuters in the carriage must surely wonder if there is in fact a bear sitting in the second row, or indeed that I have an unacceptable flatulence issue.

Regardless of the above there is no denying the fact Haggis, and any puppy you own, will become an integral part of your life, to the point you cannot live without them. Lee and I have even considered giving her the opportunity to be a mum herself in the future, but have decided against it due to her quirky wee personality.  My mum was also fiercely against this idea and often warned us that after Haggy’s second season, we would be kept up with her constantly howling at the door for a man if we didn’t get her neutered, like she was going to become some kind of promiscuous pooch! I have to say however she is quite the opposite and simply sits on the ground growling or snapping at any dogs who try it on, perhaps a good technique there for us girls to try…

Lee and I have agreed that should we decide to get another dog in the future, this time we will go to the Dog and Cat home, which is great place to pick up a pet that is very much so in need of a good home.  If you would like any further information on going to a breeder for your pup then don’t hesitate to give me a shout. x